The traditionalist's metal of choice, brass taps have largely been supplanted by stainless steel in recent years, meaning that these distinctive taps can now generally be picked up for reasonable prices. The great strength of brass is that it is almost completely unreactive to the corrosive effects of water, so you can expect them to have a long service life without undue loss of flow due to internal damage. As an alloy, brass also contains copper, which has various antimicrobial properties which prevent the buildup of bacteria and mould inside your tap housings.

However, choosing brass on a budget will almost certainly involve a few sacrifices, and distinctive polished, brushed or chromed finishes may well be out of your reach. This can leave you with distinctly utilitarian-looking taps, especially if they are not frequently cleaned to prevent surface tarnishing. You should also take care to choose brass taps that have been manufactured recently, as older stock tends to be made of obsolete brass alloys containing small quantities of lead and arsenic.

Providing the durability and tactile weight of metal taps at a surprisingly low price, zinc alloy taps are a popular choice for budget bathroom builds and will serve you well if well cared for. These tough taps can take a real beating, and although the metal itself is a dull grey, taps are available in a wide variety of finishes to suit most bathroom decoration schemes. As long as this finish remains intact, zinc alloy taps will not corrode or lose significant flow pressure.

However, once this finish does wear off, zinc alloy taps can get into difficulties. Unprotected zinc quickly oxidises and corrodes in the presence of moisture, and old or damaged zinc alloy taps can quickly become clogged with oxides and sediments, as well as developing unsightly surface corrosion on exterior surfaces. While these surface treatments can theoretically be replaced, it makes far more economic sense to simply have these taps replaced once they begin to age.

These taps are generally the cheapest of the cheap, but that does not necessarily mean sacrificing form and function. When made from tough, thermoplastic materials such as PVC or PEX these taps can be surprisingly durable, and unlike cheaper metal taps, the aesthetic choices available for plastic taps are practically limitless. Plastic taps generally have modular construction allowing for simple fitting, and some more expensive models have stainless steel internal components to increase durability.

Even PVC and PEX taps cannot hope to rival the durability of brass or zinc taps, however, and you should not expect plastic taps to stand up to much physical damage without becoming damaged or shattered. This generally takes tall mixer tap configurations off the table, as they are too easily knocked and broken. Plastic taps will also perish more quickly in sunlit bathrooms due to UV degradation and can become clogged with sediment quickly in hard water areas. 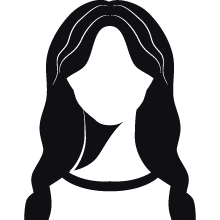 Hi. My name is Rand, and I love my appliances. I am a stay-at-home dad who firmly believes in spending as much time with my kids as possible. If I have to knead bread by hand or waste time scrubbing stains by hand, I can't be on the floor helping my kids with a puzzle or cuddled up on the sofa watching a cartoon. Luckily, thanks to my amazing stand mixer, my fabulous washing machine and the rest of my appliances, I can live the life I want. I created this blog so you too can live your best life. Take a look at these posts for tips on ideas on using appliances to improve, simplify and bring joy to your life.